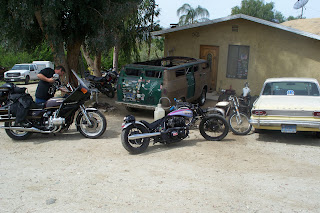 We met at Slim's for the final leg to Hippykiller. We had kickass breakfast at the Denny's, Threw the fake Indian in the Van and got our ass in gear. Weather was near perfect and made me wish we had rode the whole way, but it was fucking cold at the crack of dawn and I just ain't as young as I used to be. 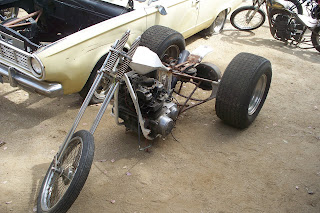 This here is a Kwak trike recently aquired by Slim from some weird ass old bald, fat fuck. Should be enteresting.

Here's a couple projects he's currently working on for customers.  Workmanship is top notch as usual. He would want you to know that the frame on the XS in the foreground is NOT his work but will be much improved when he's touched it with his magic. You can find a link to Slim on this page by looking at other people's blogs I follow.  Slim is an honest kat who makes and honest wage for an honest days work.  Enough of the shameless plug 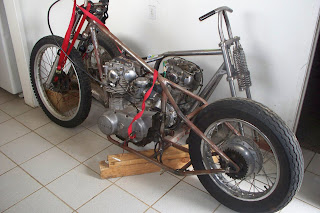 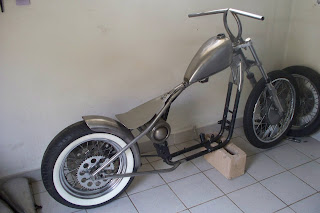 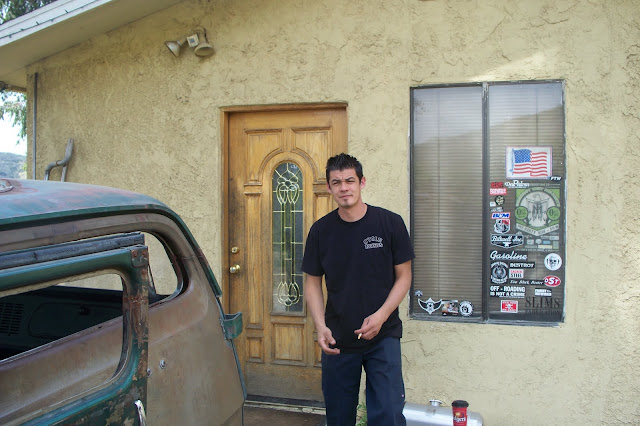 he don't like his picture taken, ain't that about a bitch? I think he's cute, don't you?
Here's a pic Wes (wasley,sic)took from the front seat of the van. That's doug and me waaay back there. 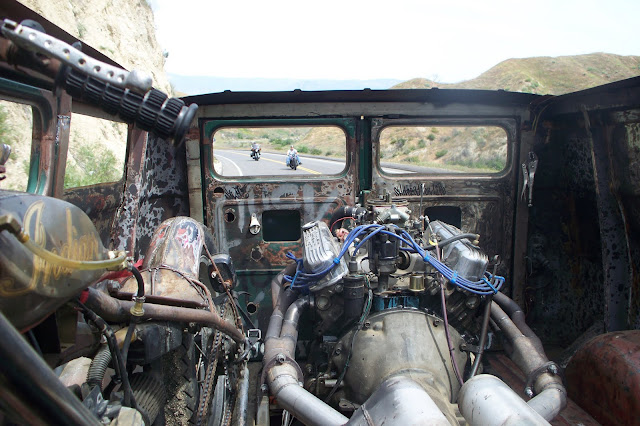 now here's a flurry of pics from the hoedown without a lot of commentary cuz it's bedtime. Nighty night. 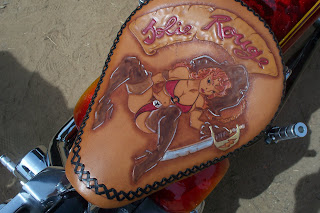 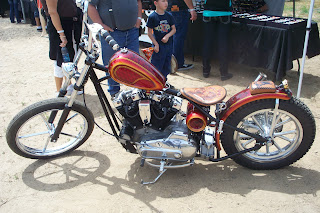 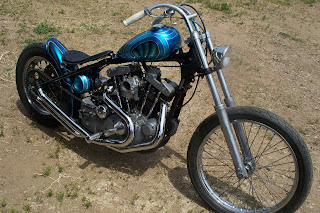 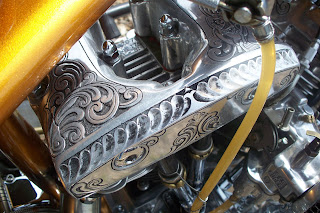 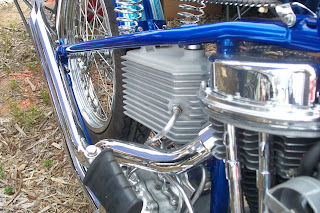 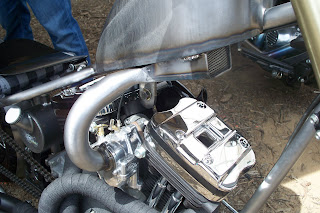 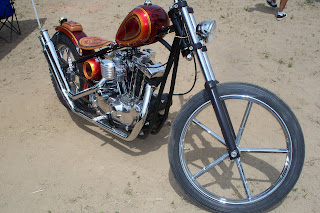 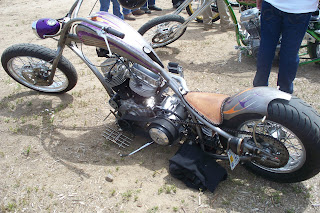 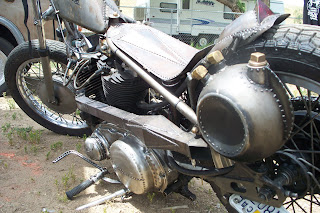 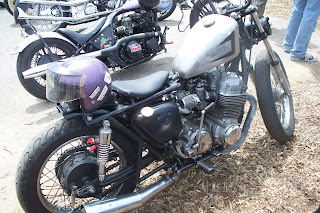 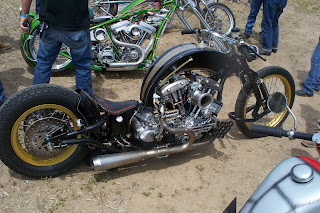 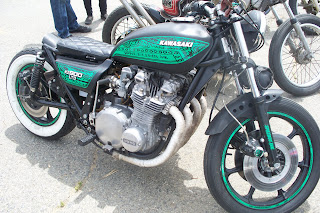 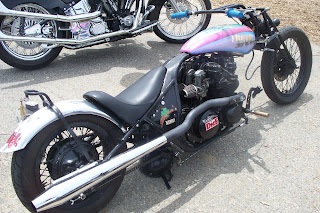 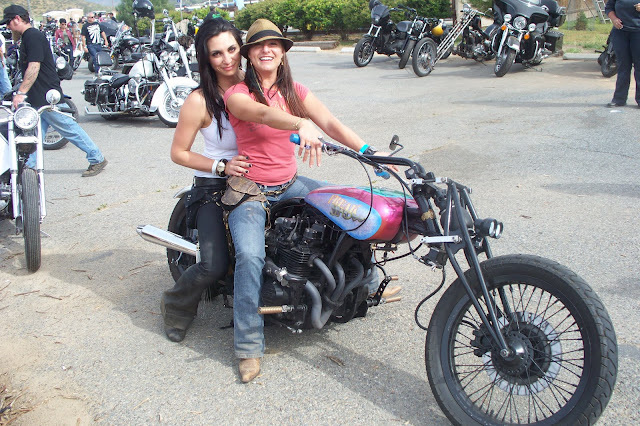 I'll have more tomorrow when I have a little more time.  I'll put all my pics on photobucket and give you a link to check them all out....190 plus.  So have a good night my fellow chopsters and dream of Joe Hunt and Firestones....laterdaze
Posted by kevinhog@aol.com at 10:18 PM